Phan Thiet is a famous attraction in Vietnam. The city plays an important part in politics of South Central Coast, but also in economic and cultural development of Southeast Vietnam. The city is one of few cities in Vietnam having this great position. 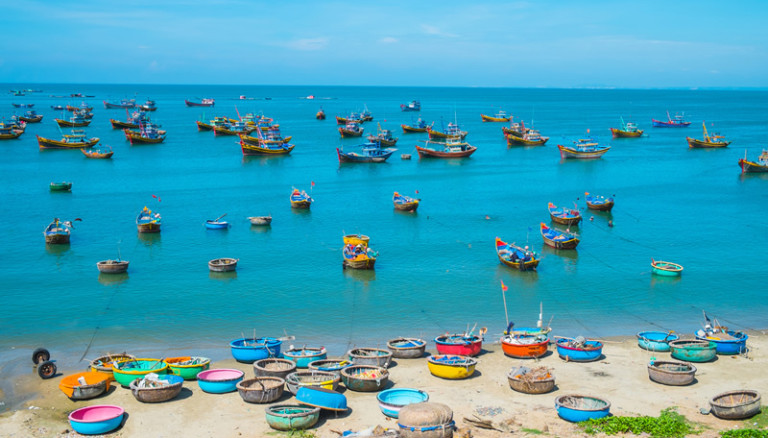 The arch-shaped Phan Thiet City stretches from 10°42'10" to 11° north latitude. The city is adjacent to the South China Sea in the north, south and east, Ham Thuan Nam District in the west and south, Ham Thuan Bac and Bac Binh districts in the north. Phan Thiet City is divided into two parts by Ca Ty River: trading area in the south (Phan Thiet Market) and new administrative and military centers built in Phu Thuy and Xuan An wards in area of ​​300ha with new buildings of commercial centers, and residential area with a capacity of 50,000 people, along with areas of service and schools.
Phan Thiet has a relatively flat terrain with sand dunes, coastal sands, low sand dunes, and narrow coastal plain. There are three main areas in the city: Ca Ty River Delta, sand dunes area, and area of coastal sands. Phan Thiet City is located in arid regions with typical tropical climate. Weather in Phan Thiet is windy, sunny, and less stormy. It has an average annual temperature of 26 °C to 27 °C. January, February and December have an average temperature of 25.5 degree Celsius. During this time, it is cooler than other month April and May are the hottest months in Phan Thiet. The temperature can reach 29 °C. Annual relative humidity averages from 78 to 80.7%.
People
Phan Thiet is populated mostly by Vietnamese people. There is a part of Chinese people living in the city center, mostly in Lac Dao and Duc Nghia wards. The population of Phan Thiet, according to the statistics of Binh Thuan province, is 216,578 people (in 2004). The population density is 1,051 people/km² throughout the city. Specifically, in the downtown areas as Duc Nghia, Duc Thang, Lac Dao, Hung Long, and Binh Hung wards, the population density is 30,000 people/km². The population of Phan Thiet is larger, at about 250,000 people due to the residence of people from other reigons in Vietnam.
Culture
Culture in Phan Thiet is portrayed by Cham Culture. Phan Thiet is also the convergence of people from everywhere in Vietnam and in other neighboring countries. Thus, cultural customs in Phan Thiet are various, especially the customs of worshiping the marine God of fishing villages from Mui Ne to Duc Long. Many ancient communal houses in Duc Thang, Duc Nghia, and Thuy Tu built from 18th and 19th centuries are recognized as national heritages. For a long time ago, people in Phan Thiet has been familiar with and had a profound awareness about community life. One of the most outstanding cultural features of Phan Thiet people is some types of folk singing (Hò bã trạo, hô bài chòi, hát bộ, ca cải lương, etc.). Apart from Cham Culture, culture in Phan Thiet is also influenced by culture of Chinese people living here. Ong Temple is the most outstanding folk architectural cultural features of Chinese people. In Phan Thiet, Catholicism is popular in wards of Lac Dao, Thanh Hai, Phu Thuy, and Hung Long.
Language
There are 34 ethnic groups living together in Binh Thuan. The largest number is seen in Kinh group; followed by the Cham people, Ra Glai, Chinese (mainly in Duc Nghia Ward), Co Ho, Tay, Cho Ro, Nung and Muong, etc. Almost of people in Phan Thiet use Vietnamese language in communication and other socio-economic activities. A small number of ethnic minority groups speak Vietnamese as their second language.
Tourism
Phan Thiet Bay is relatively shallow and windy, which is suitable for many types of sea sports preferred by foreign tourists. Phan Thiet not just has advantages of sea, but also the existence of beautiful landscapes, architectural monuments, historical and cultural relics, and folk traditional and modern festivals.
Historical relics
- Duc Thanh School founded by patriotic scholars is a famous attraction in Phan Thiet. The President Ho Chi Minh used to teach here for a short period before moving to Saigon.
- Poshanu Tower relics are remains of the ancient Cham Kingdom. It is located in Ba Nai Hill of Phu Hai ward, about 7km from Phan Thiet City to the northeast.
- Ta Cu Mountain Pagoda is a pagoda in Ta Cu Mountain at an altitude of over 400m. This pagoda is a national historical cultural relic of Vietnam. 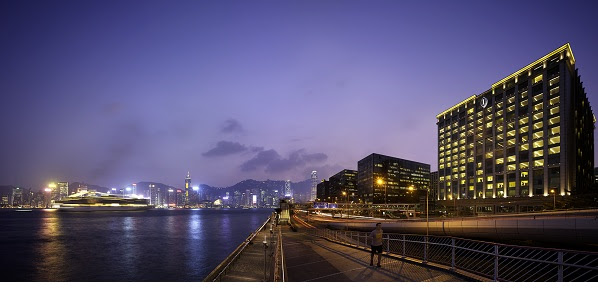 Tips for Traveling With Your Spouse 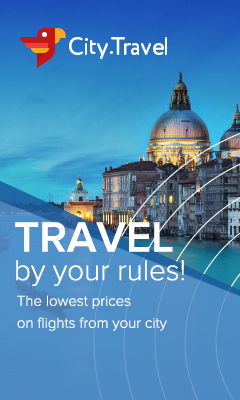