What’s the difference between London, Amsterdam, Barcelona, Rome, and Paris? Countless differences, perhaps, but in terms of Chinese tourism, a key differentiator is that London is the only of these major European tourist destinations that is neither part of the Eurozone nor the Schengen Area. Consequently, Chinese tourist flows to London and the United Kingdom as a whole are influenced by other forces compared to its competitors. This can be both an advantage and a disadvantage, but according to recent reports, it may currently be a disadvantage for the United Kingdom.

The United Kingdom not being part of the Schengen Agreement has demonstrably had a negative effect on Chinese tourism in the country, with the United Kingdom lagging behind peers such as France and Germany in terms of Chinese tourist arrivals. At times, it has even lagged behind destinations one would think to have much weaker brands internationally, such as the Czech Republic.

The reason is simple: Chinese travelers prefer to go on multi-destination tours, and a Schengen visa allows them to visit all countries part of the Schengen Area. With a UK visa, Chinese travelers are limited to the British Isles. Combining a visit to the United Kingdom with, for example, a visit to France requires two visas—and therefore higher costs and more administrative work for both travelers and their tour operators.
In terms of Chinese tourism, not being part of the Eurozone is not as objectively bad as not being part of the Schengen Area. At times when the Pound Sterling is comparably cheap next to the Euro, tourism to the United Kingdom is more attractive to Chinese travelers than other European destinations. For China’s even more profitable shopping enthusiasts, this effect is magnified further due to the lower cost of luxury products.
THE BRITISH POUND IS BOTH A BLESSING AND A CURSE
Both a blessing and a curse, but the Pound Sterling has been kind to tourism stakeholders in the United Kingdom since the Brexit referendum—which resulted in a substantially cheaper pound against the Chinese yuan. As a result, Chinese travelers flocked to the United Kingdom to enjoy quality tourism and quality shopping at a significant discount compared to the years prior as well as compared to other European destinations.

Alas, just like the United Kingdom’s membership of the European Union, nothing lasts forever. According to a recent report by travel intelligence company ForwardKeys, Chinese visitors are shunning London for other European destinations owing to a more expensive pound.
According to ForwardKeys’s data, London’s drop began in the last quarter of 2017 and is projected to continue at least into the first half of 2018. During the critical Lunar New Year holiday period, Chinese arrivals in London were down by 13.3 percent whereas its closest Eurozone competitors all demonstrated positive growth.
In the first quarter of 2018, ForwardKeys recorded a 1 percent year-over-year increase in international visits to London compared to 11 percent in Amsterdam, Barcelona, Rome, and Paris combined. This difference in tourism performance is forecasted to widen further in the second quarter, with ForwardKeys projecting a 10.1 percent drop of international arrivals to London, and an increase of 5.7 percent in competing cities.
Our findings partly demonstrate the impact that currency fluctuations can have on a destination. US and Chinese visitors took advantage when Sterling was weaker, now they’re reacting the other way as the pound recovers,” ForwardKeys CEO and co-founder Olivier Jager said in a press statement.
However, it’s worth pointing out that ForwardKeys’s findings aren’t necessarily conclusive. According to Visit Britain, Chinese tourist arrivals were up 33.02 percent Q1 through Q3 last year—certainly an impressive feat. The rise in Chinese spending rose even more dramatically at 47.63 percent.
If ForwardKeys’s data turns out to be accurate, the United Kingdom may be in for a whiplash after a strong showing in the first three quarters in 2017. We’ll only know for sure on May 18 when Visit Britain is expected to present the full-year data for 2017.
Even so, the projected drop in visitors to the United Kingdom should call for more comprehensive reform to bring momentum into a market decreasingly buoyed by a post-Brexit referendum valuation of the pound. Perhaps a good place to start would be to look into making it cheaper and easier for prospective Chinese visitors to acquire a visa. This is a key area where the United Kingdom has a lot more maneuvering room than its EU competitors. 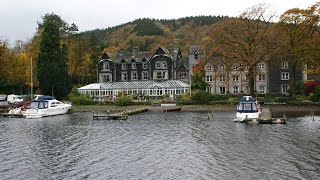 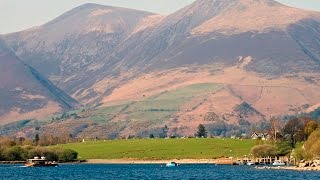