British Airways is to increase its frequency to Marrakech from daily to ten flights a week and added a third weekly service to Agadir.

The Marrakech services increase on October 28th with the third Agadir flight starting on October 29th 2013.

This is the second time in less than a year that the airline has expanded its services to Morocco.

Late last year the airline added four flights a week to Marrakech and began a twice-weekly service to Agadir.

“The acquisition of bmi has enabled us to increase our flights in Africa to serve 18 routes in 15 countries.

“We now fly to more places, more often than we ever have before in the 80 years we have served the continent.

In West Africa BA started flying three times a week to Sierra Leone and Liberia in addition to the well-established West-African routes in Ghana and Nigeria.

There are more scheduled service expansions to East and Southern Africa as well as flying to Nairobi up to eight flights a week.

Three additional frequencies to Johannesburg have been added on top of the existing double-daily services, in addition to the direct daily Cape Town/ London flights, which also increased to double daily over the southern hemisphere summer peak season.

In addition to this international network, British Airways’ franchise partner, Comair, operates to domestic and regional destinations in South and Southern Africa, flying over 700 departures a week. It recently added Maputo to its regional network.

“British Airways is very excited about the recent developments and we are very proud to be building upon our strong tradition of providing the best of British service for our customers.” 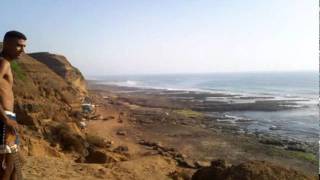 Most beautiful tourist in

Photogallery of Travel Places in Morocco

Best Places to Visit in M