The World Economic Forum studies 136 countries and their tourism industries for this ranking.

The seventh edition of the Travel and Tourism Competitiveness Report in 2017 studies 136 countries and how the travel and tourism sectors in these countries are thriving or failing due to various reasons. Tourism is a major economic sector contributing to over 10 per cent of the global GDP, and accounts for one in ten jobs across the world.

The countries are ranked on 90 indicators including business environment, safety, hygiene and more that measure the success or growth curve of their respective travel sectors.

UAE leads the table among our Middle Eastern and North African counterparts at the 29th position with Yemen coming at the worst place of the list, owing to the political unrest and war situation there currently. Morocco and Egypt in the North African region come in at 65th and 74th position respectively.

10 best countries to travel to globally

The top 5 positions on this ranking have remained with the same countries since last year.

India has improved significantly and reached the 40th position, and is one of 15 most-improved countries in the ranking. Philippines is 79th and ranks best on natural resources which include world heritage sites, animal and bird species, protected areas and attractiveness of natural assets. Pakistan is at 124 which is one of the bottom 15 in the ranking, mainly because of lower rankings in safety and security, along with a low score on the human resources and labour market sections of the industry.

Top Ten countries with the best travel and tourism industrie 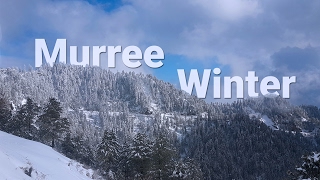 Photogallery of Travel Places in Pakistan