Dubai new tram will officially launch on November 11th, it has been announced following the latest trial operations which were attended by Sheikh Mohammed bin Rashid Al Maktoum, ruler of Dubai.

It will be the first tramway project, outside Europe, to be powered by a ground-based electric supply system along the track without the need for overhead cables.

During the trial operation in Al Sufouh area, Sheikh Mohammed toured the tram depot which consists of 11 eco-friendly buildings housing 25 trams trains, a maintenance and cleaning centre, and the operation control centre.

He also took a ride on a tram and was briefed by Mattar Al Tayer, chairman and executive director of Roads & Transport Authority, official news agency WAM reported.

The initial phase of the project consists of a 10.6km-long track starting from the Dubai Marina and stretching up to the Tram Depot, near Dubai Police Academy.

The tram network will feature 17 passenger stations and a fleet of 11 trams in the initial phase.

Fourteen trams will be added in Phase 2 to make a total of 25 operating trams.

Each tram has seven coaches, including a gold suite and one cabin dedicated to women and children.

It will be operated by Serco, the same company that manages the Dubai Metro.

With the ultimate vision of positioning Dubai as the world leading tourism destination and commercial hub, Dubai’s Department of Tourism and Commerce Marketing mission is to increase the awareness of Dubai to global audiences and to attract tourists and inward investment into the Emirate.

Travelzoo had been recognised as the World Leading Travel De 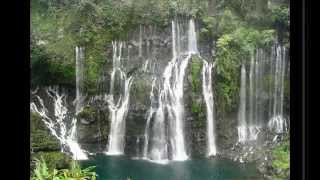 Photogallery of Travel Places in Congo