Set against a backdrop of historical fortress walls, the luxury all-suite hotel Cugó Gran Maċina Grand Harbour has opened in Senglea in Malta.

The much-anticipated opening follows the extensive renovation of one of Grand Harbour’s most famous landmarks: Sheer Bastion.

Located just five miles from Valletta - European Capital of Culture 2018 – there is no better time to visit Malta.

The iconic Sheer Bastion structure was originally built in 1554 during the reign of Grand Master Claude de la Sengle.

Cugó Gran Maċina Grand Harbour derives its name from the large sheer crane structure (macchina) used for centuries to welcome seafarers and to hoist the heavy masts and cargo.

Cugó Gran Maċina Grand Harbour is a centrepiece of the Cottonera Regeneration Project that has also recently seen the transformation of the Vittoriosa waterfront, which the hotel overlooks.

Juxtaposing the old with the new, the design of Cugó Gran Maċina Grand Harbour, was overseen by Maltese architect Edwin Mintoff in conjunction with Milanese interior design firm Daaa Haus.

The architecture incorporates glass and natural light to throw relief on the high vaulted ceilings, chalk-white walls, limestone, and slate in the large communal areas.

The stylish and comfortable 21 suites range from 40 square metres to 130 square metres and all offer unobstructed views of the Grand Harbour and the surrounding marina.

Impressive mezzanines float above custom crafted bathrooms and Tom Dixon and Flos & Louis Paulson light fixtures are used in the hotel lobby as well as some of the suites.

The 930-square metre rooftop terrace overlooking the Three Cities can accommodate events for up to 1,000 guests, and is ideal for weddings, special events and corporate functions.

IBB Hotel Collection chief executive, Vladimir Saal, said: "Our Cugó Gran hotel in Malta enjoys an unrivalled historic location and has been designed to surpass the needs of the most discerning traveller looking for a memorable experience.

"Cugó Gran Maċina has the potential to regain its former glory and live again as an integral historical part of the Grand Harbour.

"No expense has been spared to achieve this level of luxury."

Malta is a popular tourist destination, with 1.6 million tou 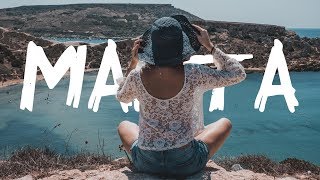 Photogallery of Travel Places in Malta